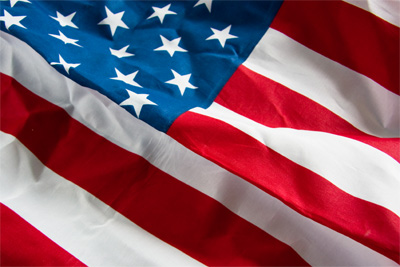 “Moderates” like Brown are both discouraging for the Republican base and failures at obtaining votes from moderate Democrats.  How long will the Republican establishment continue to allow candidates into the party who openly admit they will throw the party platform to the curb the minute they get into office, knowing it undermines the GOP’s objective to win more seats in the Senate?

In a recent article in the Union leader, Brown reportedly claimed that voting for Shaheen means voting for Obama’s failed policies because she puts party first and votes with Obama 99% of the time.  Brown self-identifies as “pro-choice”and “moderate”:  “I’m an independent voter and thinker; I always have been,” he said. “My record has always been about 50-50, give or take a few.”  But his statement is really code for “Vote for me if you want more of the same.”  You see, moderates are all about trying not to rock the boat (even if it’s already sinking).  They are not about correcting failed policies or taking controversial stands.  Brown has a record of supporting abortion rights and access to abortifacients / contraception while occasionally voting to protect conscience rights for religious individuals / medical personnel. But anyone who thinks socially liberal otherwise moderate Democrats would rather vote for a relative unknown like Brown because of his views on the economy when they have Jeanne Shaheen who would promote abortion on demand over her own state’s right to regulate it has another thing coming.  Given that Brown’s voting record, according to Politifact, is turning decidedly more Democrat the longer he is in office, we probably would not even notice Shaheen’s absence.

Please note, all you “moderate” candidates out there, that we advocates for life are beyond tired of hearing that our “social issues” (which affect us all in our homes on a most intimate level and affect every other aspect of our lives) should take a back seat to “winnable battles” (ahem…Jim Rubens…this means you, too…).  So often we hear that our GOP candidates step up to their party platform as if it were a salad bar, willing to take on a heaping plate of fiscal conservatism, but only a sprinkling of “other issues.”  To be Republican, however, you are supposed to sign on to defend the principles laid out in the party’s platform.  If you dissent, then by definition you are something else…but you are not a Republican.

Why is willful impotence on protecting the right to life still tolerated within the GOP since it leads inevitably to defeat?   Since this adminisration took power, we’ve endured relentless, coercive rule such as we’ve never seen before by the left who, learning from the mistakes of fractured conservatives and libertarians, are now seemingly unassailably unified in their support for abortion and the “right to die.”  Moderate GOP hopefuls will not win by splitting their party’s base over abortion, nor will they ever make conservatives overjoyed at the prospect of voting for the “lesser of two evils.”  In fact, there is nothing more distasteful than being forced to vote for a representative who will betray you half of the time.  Admittance of pro-choice advocates to the GOP will always garner more disdain for the party from its base than it will gain praise from left-wing converts.  Those who would sell out the unborn / elderly / disabled to state efforts to eliminate such dependents – all in the guise of “personal freedom”  and just to get elected – endear themselves to no one.   By declaring themselves “GOP” while making public their disloyalty to their party’s principles, they violate their own integrity, proving without a doubt that no can trust them…and they bring the party’s integrity down with them.

These days being a self-proclaimed bridge-building moderate is not something to be proud of.  We hear a lot of praise given to “bi-partisan efforts” these days…on the state and national levels (in part because most people are genuinely shocked when anything is accomplished by legislators anymore given the polarization of our parties by this seemingly never ending administration).  Most of the praise comes from radical left wing reps who are only too happy to find GOP moderates who are more interested in “promoting harmony” and “bridging gaps” than in truth or principles – and who are willing to bend, or even violate their own consciences, to meet in the middle.  (Of course if the GOP won’t bend, well…the Dems always have executive orders to fall back on.  They just have to bulldoze the Constitution, disregard the need for checks and balances, and have the executive branch write the laws as it has for the past 6 years.)  Because conservatives have been so willing to compromise, we are now so far to the left, the historical “pendulum” may snap off and fly away before it can fall back down to center again.  Ask yourselves if NH can endure more “bi-partisan” agreements like the incumbent Dems and RINOS have made during this administration:

As true conservatives who value life and liberty above all things, we deserve representation that reflects serious treatment of our most vital concerns by our elected officials.  Right now we are thirsty for leaders who will not compromise on essentials, and the right to life is our first freedom without which we have no other freedoms.  We do not need more politicians who ride the waves of public favor without caring what shore they land on as long as they come out on top.  I believe now, more than ever, we need true statesmen driven by and deeply invested in first principles –  like liberty and personhood – to safeguard our country from the many and varied assaults on both.   We need people who represent us to understand that the right to life – womb to tomb, for all human beings regardless of age, development, or ability – should be protected without exception.

That is why I am excited about Bob Smith.  He has demonstrated that he is a man who who understands what it means to stand for principles even when it’s hard. He is a consistent pro-life leader with a perfect pro-life voting record for his 13 years in Congress.  He introduced the partial-birth abortion ban in 1995, and voted to ban cloning and to stop federal funding of embryonic research and abortion.  He was the prime sponsor of the Human Life Constitutional Amendment and sponsored a bill establishing personhood for the unborn from the moment of fertilization.  We need more like him.  (Watch an interview with Bob Smith here.)

It’s ironic that Brown criticizes Smith’s decision to leave the Republican party when Smith did it to save the GOP from itself.   In a time when the Republicans had forgotten their principles, Bob Smith had not forgotten them (read his speech); by leaving, he challenged the GOP to return to them.  Really, Bob Smith was the Republican party at that point; it was the GOP that walked away and left him alone on the platform.  If Brown is going to criticize Shaheen for putting her party first, then Bob Smith should be lauded for temporarily sacrificing his alliance with the party he loves to breathe life back into it.  Smith reminded the GOP to take a stand on the firm foundation of first principles rather than the quicksand of compromise.  Brown would not have made a move like Smith’s because he’s openly admits not being invested in party, platforms or principles.  But people don’t get excited about wishy-washy wafflers or incrementalists…they want people who lead – who are unafraid to do what’s right and best for our country.

So, Mr. Brown, please step down.  We need to yank that pendulum in the opposite direction – and the only people who can do that are the ones who carry with them the weight of their principles…Bob Smith is one we can be sure will get the job done.